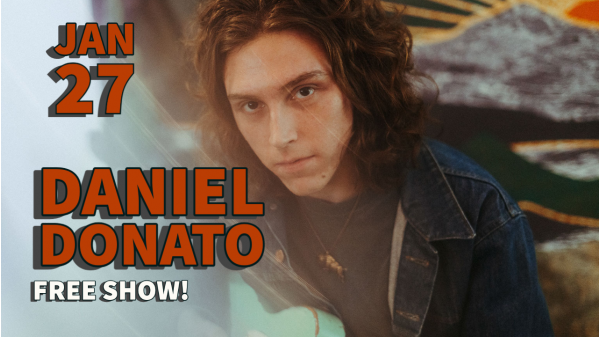 Incubated to the sounds of the Dead, educated by some of Nashville’s finest players, and having more than 2,000 shows under his belt and a social media presence, Daniel Donato is indeed a millennial whirligig of creative fire. He’s been dabbling in professional music since the age of 14 and yet he’s just getting started. A Young Man’s Country is the portrait of a restless artist as a young man, one whose story is singular and is still in its exciting, early chapters — and as this effort shows, the future is indeed cosmic.