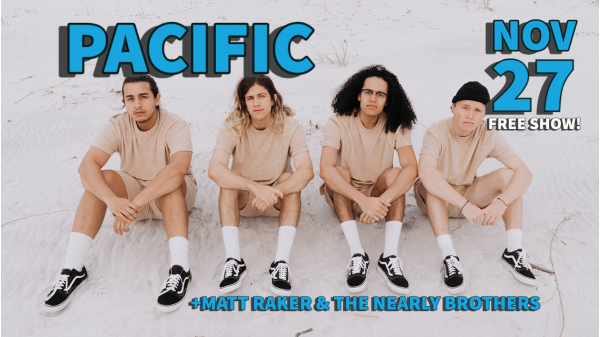 Pacific is an alt pop band from Nashville, TN. At the beginning of 2020, Pacific opened for American Authors and released their self-titled EP including singles “you never know” and “falling for you” accompanied by a music video accruing over 100K listens in the first week.

Pacific has been compared to rising alternative bands like LANY, The 1975, and the band CAMINO, but won’t put a cap on what they are inspired by, drawing influence from artists like Coldplay, Kendrick Lamar, and Twenty One Pilots. They are the perfect blend of your favorite nostalgia bands and modern indie pop.

+ Matt Raker and the Nearly Brothers