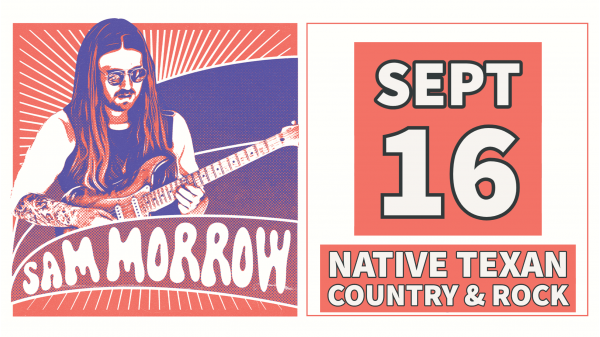 Two years before releasing Gettin' By on Gettin' Down — the most guitar-driven, groove-heavy album of Sam Morrow's catalog, with songs that roll just as hard as they rock — Morrow hit the highway in support of his third record, Concrete & Mud.

This is the sharpest songwriting of Sam Morrow's career, rooted in a mix of autobiography and wry social commentary. Gettin' By on Gettin' Down is an album that focuses not only on what its frontman says, but how he says it.

"My favorite rock & roll is the stuff that has groove to it," says Morrow, a native Texan who kickstarted his music career after moving to Los Angeles, where he's since become one of the city's biggest roots-music exports. "I want to make music like that — funky, layered rock where it's not just the songwriting that's important, but the presentation, too."