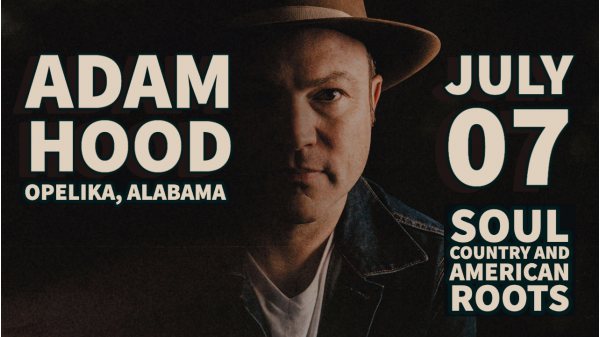 Solo artist. Frontman. Behind-the-scenes songwriter. For more than a decade, Adam Hood has left his mark onstage and in the writing room, carving out a southern sound that mixes soul, country, and American roots music into the same package.

It's a sound that began shape in Opelika, Alabama. Raised by working-class parents, Hood started playing hometown shows as a 16 year-old, landing a weekly residency at a local restaurant. He'd perform there every Friday and Saturday night, filling his set list with songs by John Hiatt, Steve Warner, Hank Williams Jr, and Vince Gill. As the years progressed, the gigs continued — not only in Alabama, but across the entire country, where Hood still plays around 100 shows annually.

These days, though, he's no longer putting his own stamp on the songs of chart-topping country stars. Instead, many of those acts are playing his music. And, he just released a new song with Miranda Lambert!