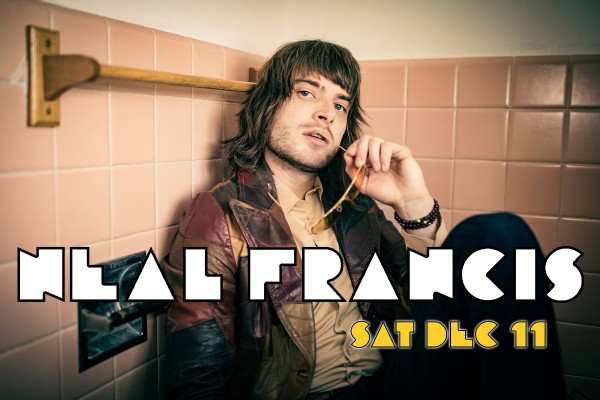 Funk, soul, R&B, and '70s tinged heady grooves with an uplifting vibe. This is just part of the sound of Neal Francis. There’s a good chance you’ll have heard of him by the time the year is over, and by then it might be too late! Be one of the lucky ones that get to see him play a small intimate show at Stanley's! Otherwise, you'll have to catch him at Bonnaroo, Lollapalooza, Fuji Rock, Outside Lands, or some other huge festival in 2022... Neal has 228,168 monthly listeners on Spotify! Don't miss it! ON SALE NOW!

"His long-awaited sophomore album, In Plain Sight, proves to be one of the year’s best releases, with the singer/songwriter’s unique musical genre-blend inarguably addictive. In his own words, his sound is eclectic: “Soul, R&B, funk, rock, disco, psychedelia, classical: All of those in a mix. I usually tell people it’s rock ‘n roll. Glide funk.”

A mesmerizing performer, he’s having such a good time, you almost overlook he’s a virtuoso on the keys. In Plain Sightis Neal’s way of inviting you to the party—and it’s one you definitely won’t want to miss. There’s a nostalgia to the layers of sounds, mixed with a definite newness. Be ready to play the shit out of it." - SPIN MAGAZINE